I love the Victorian mourning jewelry that I see in antique shops. I've felt that it's something that should be back in style. You see, we're afraid of death these days and many sweep it under the carpet as soon as possible, but I think we should get a little more comfortable with it.

Angela Kirkpatrick has created a line of mourning and memento mori jewelry for modern times. Her pieces are custom so that you can send in ashes or strands of hair for her to create a piece just for you or she can send you an empty reliquary and you can fill it yourself. Her pieces are reminiscent of Victorian pieces, but are designed for a modern you.

Her shop is called Wisp Adornments.

This is one of those shops to bookmark. You might not need it now, but someday you may want a custom piece for yourself.

Last night I had a dream that a menacing Humpty Dumpty was trying to attack my sister. Was it the tuna melt I had for lunch? The glasses of wine I had for dinner? We may never know, but it made my fondness for Lana Guerra's work even stronger. Guerra paints abstract nightmares that are much like mine: colorful, quirky, and a bit creepy. I love that she puts her artwork on pillows because then her nightmares can creep into yours.

You can find her at crudeart.
There are tons of images like these in Guerra's shop, and if you're in New Orleans, you can stop by the Funeral Gallery in the French Quarter to see her work up close (more about this gallery later.)

The new year is creeping up on us, so don't be caught without a spooky calendar for 2018 because there is probably a Norwegian witch that will tear your heart out for that. 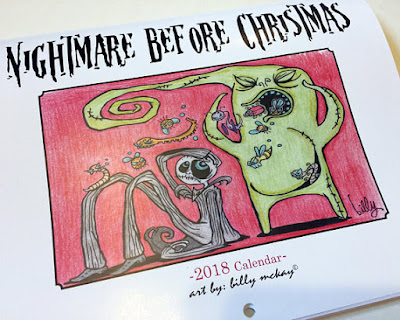 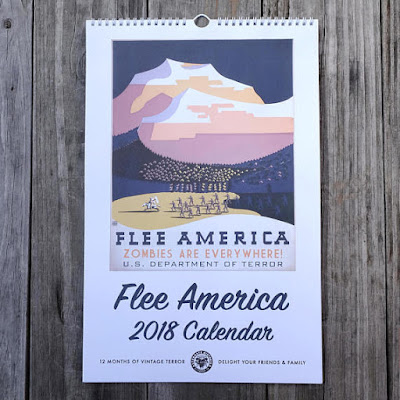 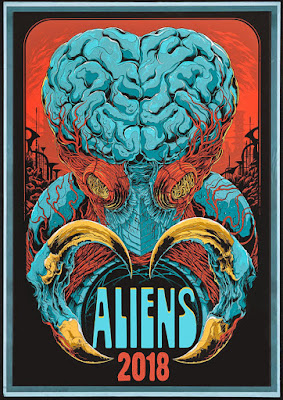 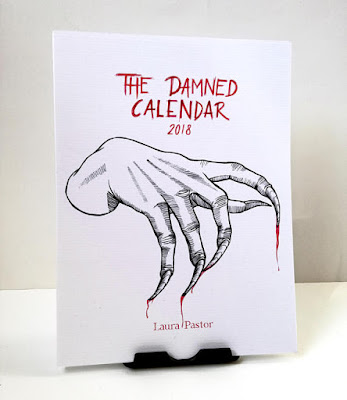 Act quickly before the January is over and you miss out on the start of the Miserable Season.

Hopefully you received some cash for Christmas and aren't completely broke because there are so many awesome things left to purchase. Check out this macabre mix.

There are so many cool things out there. I guess that's what credit cards are for. 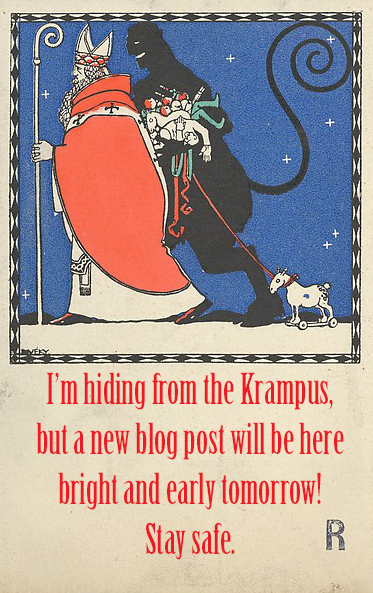 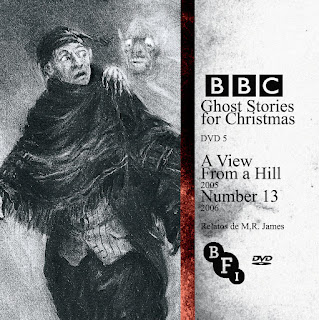 Spooky people know that in days past it was traditional to tell ghost stories on Christmas Eve. It really is a wonderful night for ghost stories, when you think about it. It gets dark really early, businesses are closed and the streets are quiet and empty, and your family is probably all gathered together wondering how to occupy themselves.

I'm probably not going to be able to induce anyone to read a short story aloud to the family, but how about viewing a short, made-for-TV, film together? From 1971 until 1978, the BBC produced a special ghost story for their viewers on Christmas Eve (called A Ghost Story for Christmas.) The short films are generally less than an hour long and are based on short stories from veteran ghost story writer M. R. James. Charles Dickens also makes an appearance with his ghost story "Railway Signalman." 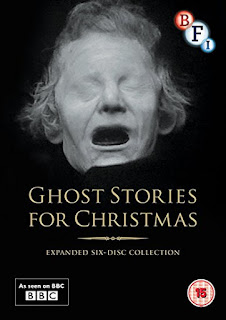 Most of the episodes can be watched for free on YouTube if you search for A Ghost Story for Christmas/BBC. These are family-friendly ghost stories, so while spookiness reigns supreme there really isn't any gore or violence. You're not going to have any nightmares as they tend to be Victorian Gothic rather than John Carpenter. I've watched a few of them and enjoyed the retro 1970's film style. What I'm saying is keep your lights and your expectations low.

The show is also available through places like Amazon as a six DVD collection. The series was revived briefly between 2005 and 2013 and we can only hope it will come back again. In the meantime, we have some catching up to do! Let's bring back the tradition of telling ghost stories this Christmas Eve.
Posted by Jori at 6:35 AM No comments:

I like sassy embroidery. When I see it I picture an eighteenth century woman sitting beside the fire doing her fancy stitching and wishing she could just embroider some swear words because she is so damn bored.

Jamie Craddock lets her needle fly with curse words and delicate little skulls. Her work makes me giggle. You can find it at SaltyTalkEmbroidery.


There are some less spooky and more salty pieces in the shop. Go on, have a giggle.

A Stop in Autumnlands

Have you heard of a realm called Autumnlands? I was unaware of it, but Grayson Fogg (if that is your real name) has traveled there and offers paintings and drawings of his travels. Fogg tells us the land is "the source of all our Halloween imagery, from the whimsical the the nightmarish." I like it! You can find his art at TheAutumnLands.

These are all original pieces - no prints here. I have to say I'm rather fond of "Charlie, Waiting." That skeleton reminds me of my dad.

I have featured a few dolls from Lalkownia Dolls in previous posts, and I want to return to them because I find them fascinating. With titles like "nymph" and "Goldilocks" you would expect them to look like beautiful young girls, but Iwona Myszkowska and Mariusz Niemiec, portray them as old woman. They put the reality back into fairy tales and describe their dolls as "sometimes sad, ugly, weird, scary, but always unique."


Add one of these intriguing dolls to your collection.
Posted by Jori at 6:30 AM No comments: