Whew! That was a close one. I try to write a blog post every Monday through Friday and this morning I had no idea what I was going to write about. The panic was starting to set in so I took a walk around our house and my eyes stopped on the beautiful skeleton print my sister gave to us a few years ago for Christmas.
This awesome print (we proudly own No. 66 of 280) hangs above our mantel. I absolutely love it because it captures my two passions: death and drinking.  After a tiny bit of research I found that the artist is Dan Grzeca. He makes posters for my other passion- indie bands. I think I'm Grzeca's newest fan. I hope you'll join me. You can read Grzeca's blog or visit his shop at Ground Up Press.

There are nearly a gazilion different prints available for sale in Grzca's shop and nearly all my favorite bands are covered. I need more wall space. Oh, and thanks, Karen.
Posted by Jori at 6:54 AM No comments:

I'm not sure where I would wear one of Rachel Wright's delicate and head-turning dresses. Perhaps when I win the lottery and fulfill my dream to wear a ball gown everyday I will tweak my policy to include artistic dresses.

In her artist's statement, Wright explains her Dream Anatomy dresses by saying "Early anatomical illustrations are often a mixture of correct and incorrect assumptions. Some artists rely on metaphor rather than verisimilitude." Using recycled slips and nightgowns, the dresses are reworked to bring the inside out. Wright says "I am playing with the line between the public and the private arenas."

The Blood Countess dress is inspired by a 16th century Hungarian countess who murdered young girls and bathed in their blood. The dress is made of used white leather gloves. This dress is available for sale on Wright's Etsy site Toolgrrl (where you can also find some of her dream anatomy dresses.)

This would make a stunning ball gown for when I'm gardening.

<insert heavy sigh here>  Perhaps someday I'll own one of these lovely pieces.
Posted by Jori at 6:54 AM No comments:

Email ThisBlogThis!Share to TwitterShare to FacebookShare to Pinterest
Labels: For the Collector, Wicked Fashion

Pat Lillich and Her Surreal Figures

I'm drawn to doll-like figures that could be characters in a fantasy novel. I wish they could all come to life. Pat Lillich's figures are often inspired by a family member or friend, but she captures their dreams and desires as well as their inner-self instead of an exact likeness. I admire her ability to see the magic in everyone.

And she changed the little girl into a log and threw it on the fire.
And when it was at full glow she sat down beside it, warmed herself, and said,
"There now, isn't that nice and bright!"
(Mrs. Gertrude)

The brothers Wilhelm and Jacob Grimm have inspired so many artists, writers, and movies it's hard to know what to write. Their lives were much like the fairy tales they wrote about in that they experienced long periods of poverty and the death of loved ones.

There in the basin lay her two dear sisters, miserably murdered and hacked to pieces.
(Fitchers' Feathered Bird)

What I find interesting is how the stories they collected have been sanitized and made beautiful over the years. Just take a look at the way artists have illustrated the fairy tales. The lack of blood of is amazing considering how often violence is acted out in the stories. It's like we can't face a life that can be cruel and unjust. We need a happy ending. Even the brothers themselves rewrote the stories in later editions of their book to make them more palatable for children. Originally, the Grimms collected the stories as a way to document their Germanic culture and they were meant to be read by adults.

But they had already put iron slippers over a fire of coals, and they brought them in with tongs and set them before her. Then she had to put on the red-hot slippers and dance till she dropped down dead.
(Snow White and the Seven Dwarfs)

Today is Wilhelm Grimm's birthday. Read a story or two in the original version. They will make you cringe. This is no Disney, kids, and I like it.

My mother she butchered me,
My father he ate me,
My sister, little Ann Marie,
She gathered up the bones of me
And tied them in a silken cloth
To lay under the juniper.
(The Juniper Tree) 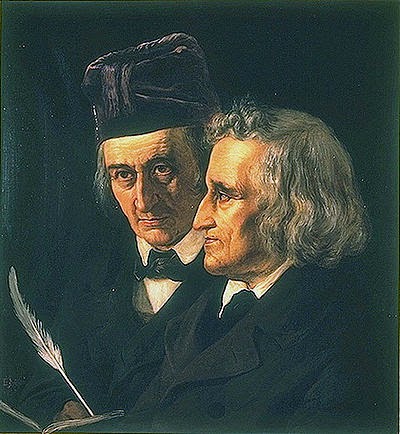 Japanese artist Katsuyo Aoki works in ceramics. I would call her style Neo-Rococo, but I made that up so don't quote me. Aoki describes her work as coming from historic styles that are "divine and vulgar." Either way, I find her sculpture elegant, delicate, and wild. I picture Aoki creating these works in a mad flurry of activity while recordings of Bach blare in the background. But, that's just my overactive imagination. What do you think? 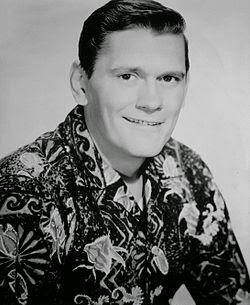 Dick York (1928-1992) will always be Darrin Stephens to me. York played Stephens on the tv show Bewitched from 1964 to 1969 when he left due to illness that started with a injury to his back while filming They Came to Cordura in 1959. York's portrayal of a frazzled husband was the perfect complement to Elizabeth Montgomery's cool and unflappable modern housewife in the form of a witch. I loved watching the series (ahem, in reruns of course).

Today marks the 23rd anniversary of York's death. In honor of his life, I hope you'll join me in watching the first episode of Bewitched.

I can't imagine sculpting with glass. I don't think I would have the nerve or patience. Not only does Eric Franklin have the nerve he sculpts them from neon glass. Franklin compares his medium to the human body; glass can be both fragile and strong. The glass sculptures in his gallery include full skeletons, skulls, neurons, and parts of anatomy. Rather than focusing on the post-mortem aspect of his work, Franklin finds life. I love that the sculptures glow. The light gives them that life and makes me want to enshrine them. These are worship worthy.

Skull Speakers Speak to Me

Forget everything I said I ever wanted. I really, really, really want giant skull speakers made by Kuntzel + Deygas. I swooned when I saw a photo of a room with these speakers tucked into the corner. They are simply to die for.

These speakers were unveiled several years ago, but they're new to me. I can't believe I haven't seen them before. French designers Olivier Kuntzel and Florence Olivier work under the name Kuntzel + Deygas. The large floor speaker is called Grateful Vanity and there is also a smaller desktop speaker called the Minuskull.

By the way, this is the photo of the room I saw. It is designed by French interior designer Marianne Evennou. Check out that spider-ish ceiling light!

So when I win the lottery I'll buy: a house in New Orleans, ball gowns to wear everyday (yes, even to the grocery store), and Grateful Vanity speakers.
Posted by Jori at 6:53 AM No comments:

As you've probably figured out by now, my scary usually involves humor. It's the ying to my yang. You might find the works of Amy L. Rawson amusing too.  Multi-talented Rawson creates art dolls, sculpture, felt creatures and she paints. Her website is called Thirdroar. Rawson has a regular day job like the rest of us, but somehow her days seems to have more hours in them than my do. Jealous. Here's a sample of her artistry.

I stumbled across another reason to spend money: a little shop called The Odd Luminary. Fortunately, I also like to window shop. Otherwise, I'd be broke and couldn't afford the internet service to write this blog. In their own words-

Take a look (those are my words) 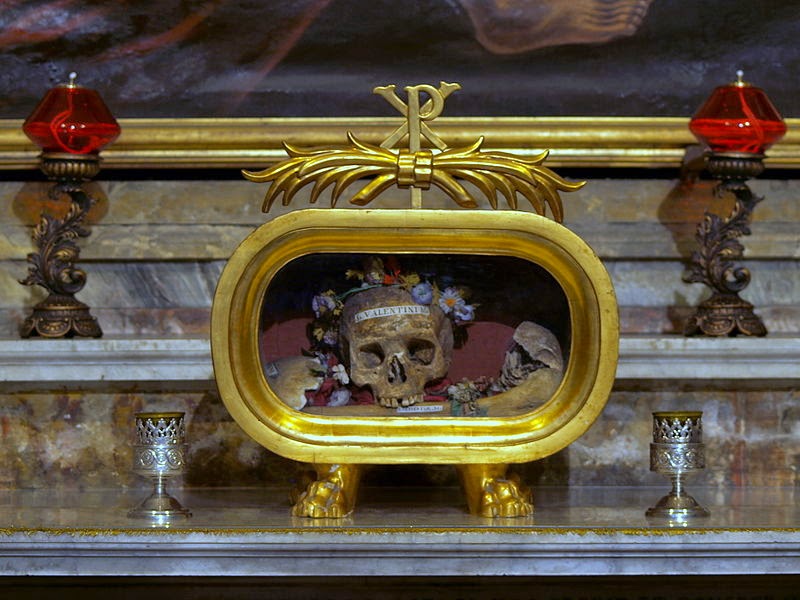 I had a hard time today deciding whether I should write about St. Valentine or Friday the thirteenth. Oh, the trials and tribulations of a lover of the mysterious sides of life. As you can see, St. Valentine won. (There are still two more fridays that fall on the 13th this year.)

One of the purported skulls of St. Valentine resides in Rome. It's pictured above and you can go visit it.   Read about one such visit on one of my favorite blogs OTIS.

I love the delicate display of skull and flowers in a reliquary. I think I'll buy some flowers to decorate one of my skulls today in honor of St. Valentine. If you don't have a skull to decorate take a look at these charming skulls and buy yourself a Valentine's Day gift.