The Book of Life 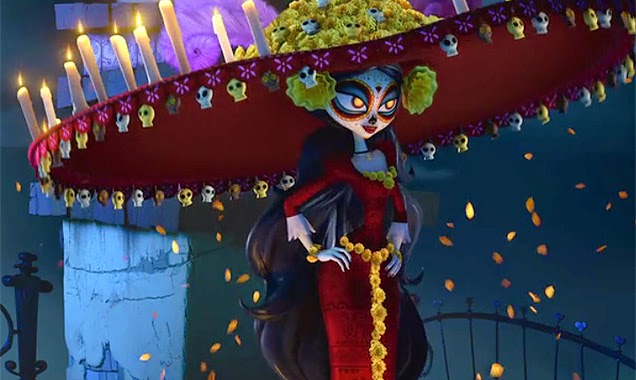 Just in time for Halloween and more importantly, Dia de los Muertos (Day of the Dead), comes the animated movie The Book of Life. I'm really excited to see this movie. It is directed by Jorge Gutierrez and produced by Guillermo del Toro who has brought us such fantastic movies as Pan's Labyrinth and Hellboy. This story is a timeless one about a young man's decision to follow his family's expectations or follow his heart (I think we all know how that will go) but the most interesting part of this movie is that the characters go to the underworld and deal with death in a positive way. I also like the fact that Disney was planning a similar movie and they beat them to the punch. Do you know that Disney tried to copyright Dia de los Muertos?? For shame. 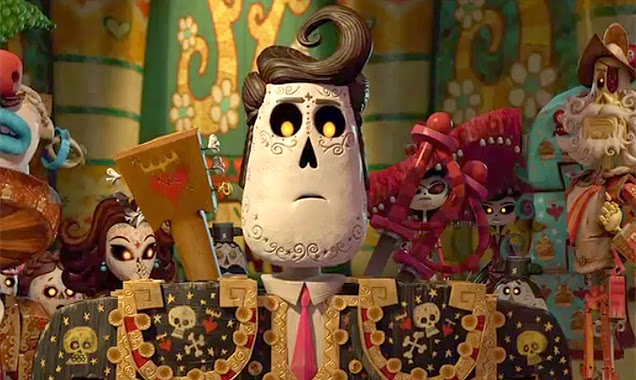 The movie opens in theaters October 17th. Hear an interview with Gutierrez and del Toro on NPR about how the film came to be.
Posted by Jori at 6:52 AM